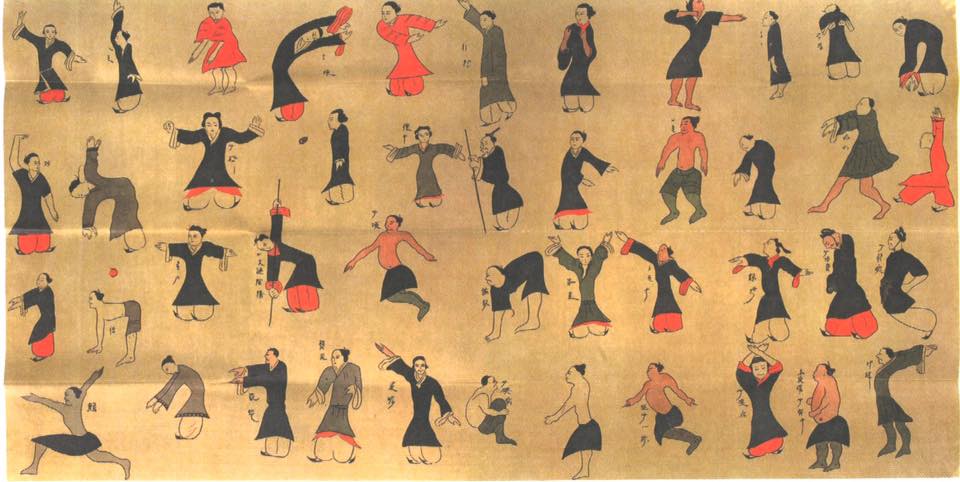 Summer school « Cosmic Alternatives: Plural Thought In and Out of Modernity », Lisbonne

Fábrica Braço de Prata and The Institute of Speculative and Critical Inquiry present:

Cosmic Alternatives: Plural Thought In and Out of Modernity—A Terra Compartilhada Summer School in Lisbon

The cosmos and radical pluralism name two of the signal problematics of a line of recent ontological and critical thinking that cuts through anthropology, art theory, comparative literature, philosophy, sociology, science and technology studies and a series of nonacademic currents of thought practiced by people such as shamans and feminist witches. As much as some of the segments composing that line—such as ontological anthropology, neostructuralism, cosmopolitical speculation, the Latourean modes of existence project, and literary ecocriticism—enjoyed international attention in the early and middle parts of the last decade, most of the researchers currently furthering them are not concentrated in any geographic or academic center where graduate students, postdoctoral fellows, artists, and other practitioners might learn about and pursue their interest in them. This Fabrica/ISCI summer school therefore aims to present its participants with the unique opportunity to enter into concentrated dialogue with a cohort of second-generation thinkers involved in furthering this line of thought, particularly where it concerns “cosmotechnics” and/or technics other than those of modernity; the legacy of structuralism in philosophy and the human sciences; ontological anthropology and “polyrealism”; pluralistic philosophy and non-Western variations of thought; and ecology and planetarity. Over a ten-day period, participants will engage in 7-8 days of large and small-group seminars focused on presentations of the current research of instructors, discussions of brief readings, friendly debates, and exercises in intellectual diplomacy.

Leading the seminar will be Anne-lise François, Yuk Hui, Patrice Maniglier, and Peter Skafish, who will respectively focus in their teaching on ecocriticism, cosmotechnics, the legacy of structuralism in philosophy, and ontological anthropology.

To apply, please send a letter of interest and a sample of your writing or art or other representative work to isci@theisci.org indicating that you are applying to the “Cosmic Alternatives” school. Please see the bottom of this email for information about fees and format.

Anne-Lise François is Associate Professor of English and Comparative Literature at the University of California, Berkeley and author of Open Secrets: The Literature of Uncounted Experience. Her current book project Provident Improvisers: Parables of Subsistence in the Time of Enclosures traces the contradictory logic of modern capitalism’s ways of enclosing time and stocking reserves, and looks to alternative, seasonal ways of living “without reserves” in parables of subsistence. Related essays have appeared in the collection Anthropocene Reading and Qui Parle, Minnesota Review, Postmodern Culture, and Diacritics.

Yuk Hui is Visiting Lecturer at the China Academy of Art in Hong Kong and has held positions at the Institut pour la recherche et l’innovation at the Centre Pompidou and Leuphania University. He is the author of the books On the Existence of Digital Objects, The Question Concerning Technology in China: An Essay in Cosmotechnics, and Recursivity and Contingency as well as the co-editor of both 30 Years after Les Immateriaux: Art, Science, and Theory and a forthcoming special issue of Angelaki on cosmotechnics.

Patrice Maniglier is Maître de conférences in the Department de la Philosophie at l’Université de Paris, Nanterre. He is the author of the books La vie énigmatique des signes: Saussure et la Naissance du Structuralisme, La Philosophie qui se fait, and Foucault at the Movies as well as the introduction to Roman Jakobson-Claude Lévi-Strauss: Correspondance: 1942-1982 and numerous articles on French philosophy and the human sciences in the 20th century. He was also until recently the editor of the journal Les Temps Modernes.

Peter Skafish directs the Institute of Speculative and Critical Inquiry and has held teaching and research positions at The University of California, Berkeley, the Collège de France, and McGill University. He is the co-editor of Comparative Metaphysics: Ontology after Anthropology, the translator of Eduardo Viveiros de Castro’s Cannibal Metaphysics and Catherine Malabou’s The Heidegger Change, and the author of the introduction to Claude Lévi-Strauss’s From Montaigne to Montaigne. He is currently finishing the book Rough Metaphysics: Speculative Thought in an American Channeland is a research fellow at the Internationales Kolleg für Kulturtechnikforschung und Medienphilosophie at the Bauhaus-Universität Weimar.

About the Terra Compartilhada Summer Schools in Lisbon:

In June 2020, the alternative cultural space Fábrica Braço de Prata and the new research center The Institute of Speculative and Critical Inquiry (ISCI) will launch the first in a series of annual, ten-day summer schools in the theoretical humanities and social sciences. In collaboration with leading and emergent intellectuals drawn from around the world, the Terra Compartilhada Summer School seeks to provide graduate and pregraduate students, postdoctoral scholars, artists, and others with an affordable opportunity to engage in cutting-edge intellectual and critical discussion on topics such as queer and transgender theory and cosmopolitical thought in an intensive, in situ format.

Fábrica is a former imperial palace located in southeastern Lisbon, where it was long used as a federal armaments factory before falling into disuse and being repurposed into a cultural center by its director, Nuno Nabais (who is also a professor in the Department of Philosophy at The University of Lisbon). Boasting a full-service restaurant, two performance spaces, an academic and literary bookstore, a café, gallery spaces, classrooms, and outdoor terraces, Fábrica is uniquely suited for an immersive intellectual event. In addition to 7-8 days of large and small-group seminars led by faculty, participants will take their meals on site at Fábrica with the option of staying in pre-reserved hotels nearby (food is covered with the cost of tuition, and lodging can be added for an additional price). Intellectual exchange can therefore continue after hours, including during the music and performance events that regularly take place at Fábrica. Organized outings to Lisbon art and cultural institutions are also envisioned.

The inaugural program of Terra Compartilhada concerns the theme of the borders and outsides of domesticated thought as it emerges in both queer theory and cosmopolitical theory. A ten-day summer school will be devoted to each of those nexuses of thought, starting with “Queer Theory Rewilded” taught by Jack Halberstam, Tavia Nyong’o, and Damon Young (June 14-24) and continuing with a course on “Cosmic Alternatives” led by Anne-lise François, Yuk Hui, Patrice Maniglier, and Peter Skafish (June 28-July 8).

Each 10-day summer school will commence with a Sunday evening introduction and orientation and be followed by 5 or so hours of daily large and small seminar discussion from Monday through Thursday, a shorter session on Friday, and a full schedule again on the following Monday and Tuesday. Weekends will be devoted to informal discussion, cultural events and outings, and free time. Basic tuition costs cover three meals per day and housing for can be added at an additional price (ten nights beginning the first Sunday of any given school and ending Wednesday morning).

To apply, please send an application in the form of a letter of interest, a brief CV, and a piece of your writing, artwork, or other sample of your thinking or work to isci@theisci.org by February 1, 2020. Applications will continue to be accepted after that date, but early application is encouraged due to high demand.

Costs. Tuition for one summer school covers 7-8 days of instruction and three meals per day, with the price then varying according to whether housing is added: tuition is €640 without housing; €1240 if a room in a basic hotel is added; and €1540 if a single room in an upgraded hotel is added. Tuition for accepted applicants is due in advance and is nonrefundable except under truly exceptional circumstances. If you cannot afford tuition due to a financial burden, please inquire with the ISCI about the possibility of reduced tuition. We are attempting to offer some scholarships but cannot promise them at this time.

(Please note:  Tuition pays for transporting and lodging faculty and the operating costs incurred by Fåbrica and the ISCI, the latter of which is a nonprofit corporation. We are currently working without university or other external funding for this project.)